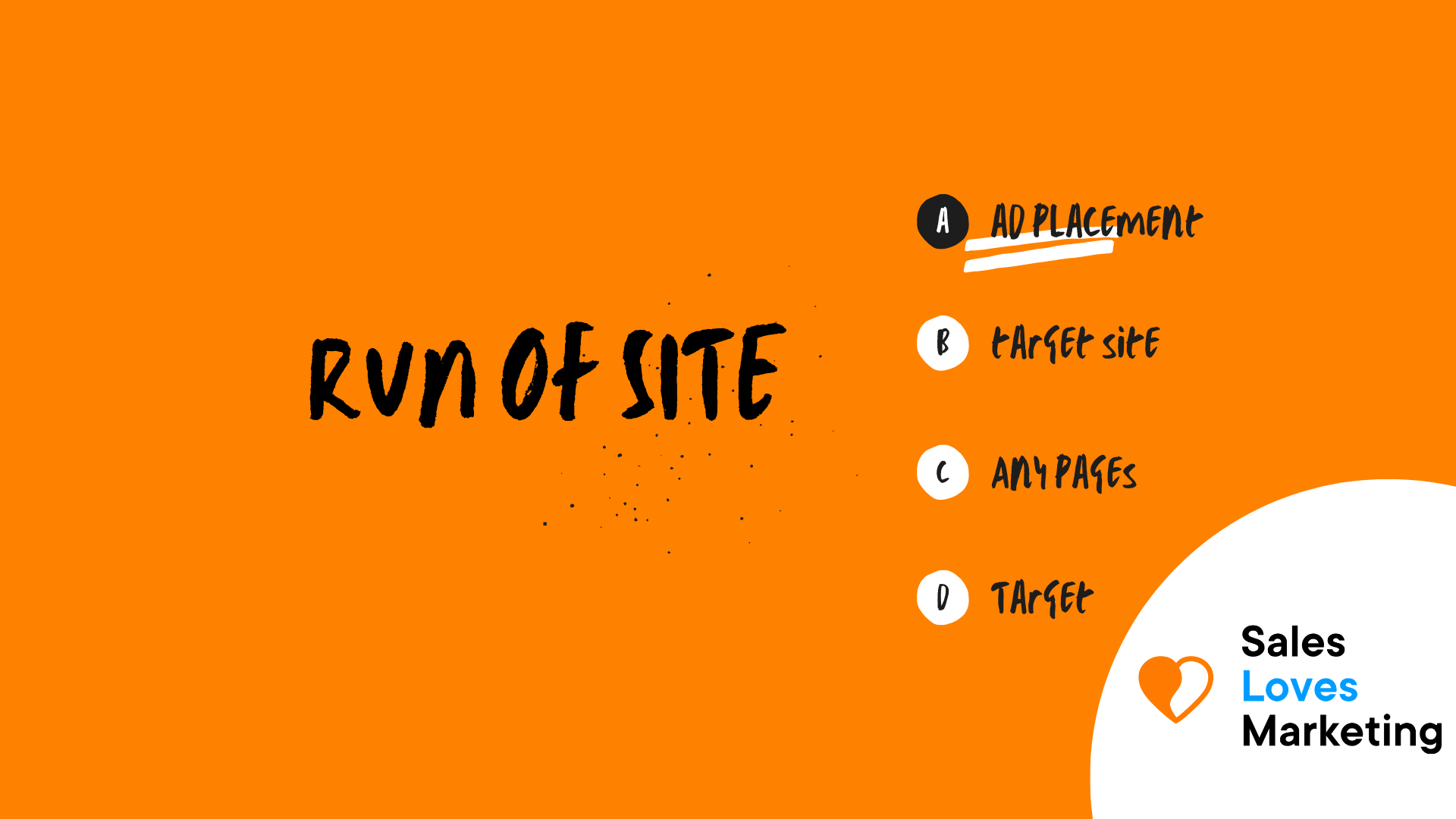 Run of Site, also referred to as ROS, is an advertising term that pertains to advertisers giving up control over the placement of their ads. Run of Site allows publishers to place ads as they see fit, which typically results in lower costs for advertisers. However, the main disadvantages of Run of Site have narrowed targeting options, resulting in fewer leads or sales.

What is the Run of Site used for?

Run of site (ROS) is an advertising term in which a banner, image, or other online advertisements can appear on any page in any open placement within the targeted website. ROS allows publishers to place ads where they see fit, meaning the cost for advertisers is lower. Still, they must forfeit having control over where the ad is placed.

This advertising buying tactic rotates ads on various pages. Because of this, broader traffic is generated by reaching out to the general audience as opposed to a target audience. ROS rates are typically cheaper than specified ad placements and are paid through cost per thousand (CPM) impressions or cost per click (CPC).

ROS works best when an ad campaign aims to create brand awareness and reach a broad audience since there are very few options of targeting with placement. If the campaign is too niche, fewer leads or sales could result from using a ROS approach.

It operates similarly to a run of network (RON) campaign, except the ads appear on one individual site instead of many sites. While the target audience for ROS still needs to be general, it can be more specific than running a campaign using RON because there is only one website instead of many.

Publishers find running ROS campaigns useful because it’s less time-consuming, offers a straightforward setup of line items, and can be used as a method to monetize unfilled or unsold ad inventory. However, publishers don’t have much control as they can’t add frequency caps or creative rotation features, and they can’t set up ad unit targeting.

Advantages and Disadvantages of Run of Site

Like numerous marketing strategies that are known, Run of Site has its own advantages and disadvantages like:

In run of site campaigns, the advertisers have less say in where an ad goes. For example, instead of promising a prominent banner ad on the right side of the page, the site host can put an ad at the bottom of a page or on a separate page altogether.

On the other hand, Run of site campaigns are less targeted and more general but can be a lot cheaper to buy. Marketers may talk about run of site campaigns in the context of domain hosting, PPC and SEO management, and other online marketing services.

Run of Site also can reach a larger amount of audience as the channels used might be seen by everyone instead of targeting minorities and attracting less traffic because of it; therefore, it can be said that It works really well for generating broader traffic through it.