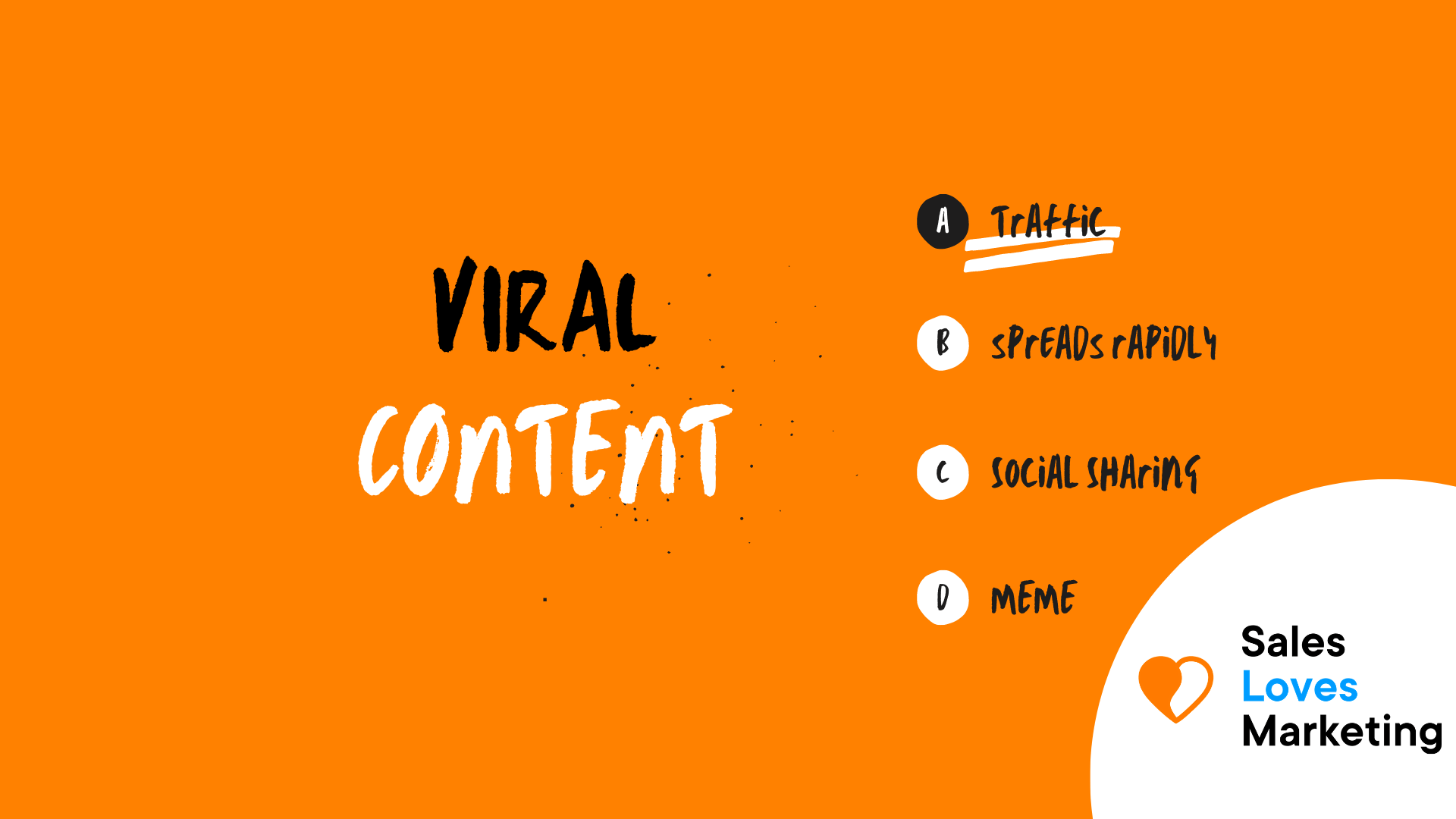 Viral content is a term used to name content that has become very popular in a very short period of time, usually due to a high degree of user engagement.

Usually, it is new and never-before-seen content that generates attraction and controversy in a large part of the public on the Internet.

In the world of marketing, in any of its areas, viral content is a highly desired tool. When a product is involved in a good way as part of a viral campaign, its growth, popularity, and success can increase in a short time. Time frame.

On the contrary, if the brand or any product is involved in some phenomenon of viral content but incorrectly, it can lead to damage or even destroy the brand just as quickly.

Another aspect of the importance of viral content in marketing comes from knowing the advantages it offers:

Its low cost, since users are the ones who do an important part of the brand's work, significantly reduces dissemination costs. No need to pay for media advertising.

The great potential offered by an image, a song, a viral video on the Internet can reach a large international audience without the need to invest large sums of money or any other additional effort.

Viral marketing is not invasive since the user of social networks is the one who decides to participate and share the content, not the brand or the company. In this way, a better perception of the brand is created, compared to the more classic advertising methods.

It greatly helps to stimulate the creativity of the company and to interact more with the user community. When done well, it can create feelings and reactions in users (laughter, tenderness, fear, love, hate, etc.), making the brand or product easier to remember.

In 2018, IHOP caused chaos online by using a tweet claiming or suggesting that they were going to change the name of IHOP to IHOb. But what the "b" meant was unknown.

For the next week, everyone was guessing what the b could probably mean. IHOP's social media accounts played the speculation game  and stoked the fire on the net, creating more speculation and speculation confusion. Finally, they revealed the meaning of the b: Burgers.

This move earned IHOP more than $ 113 million and increased the sales of its hamburgers.