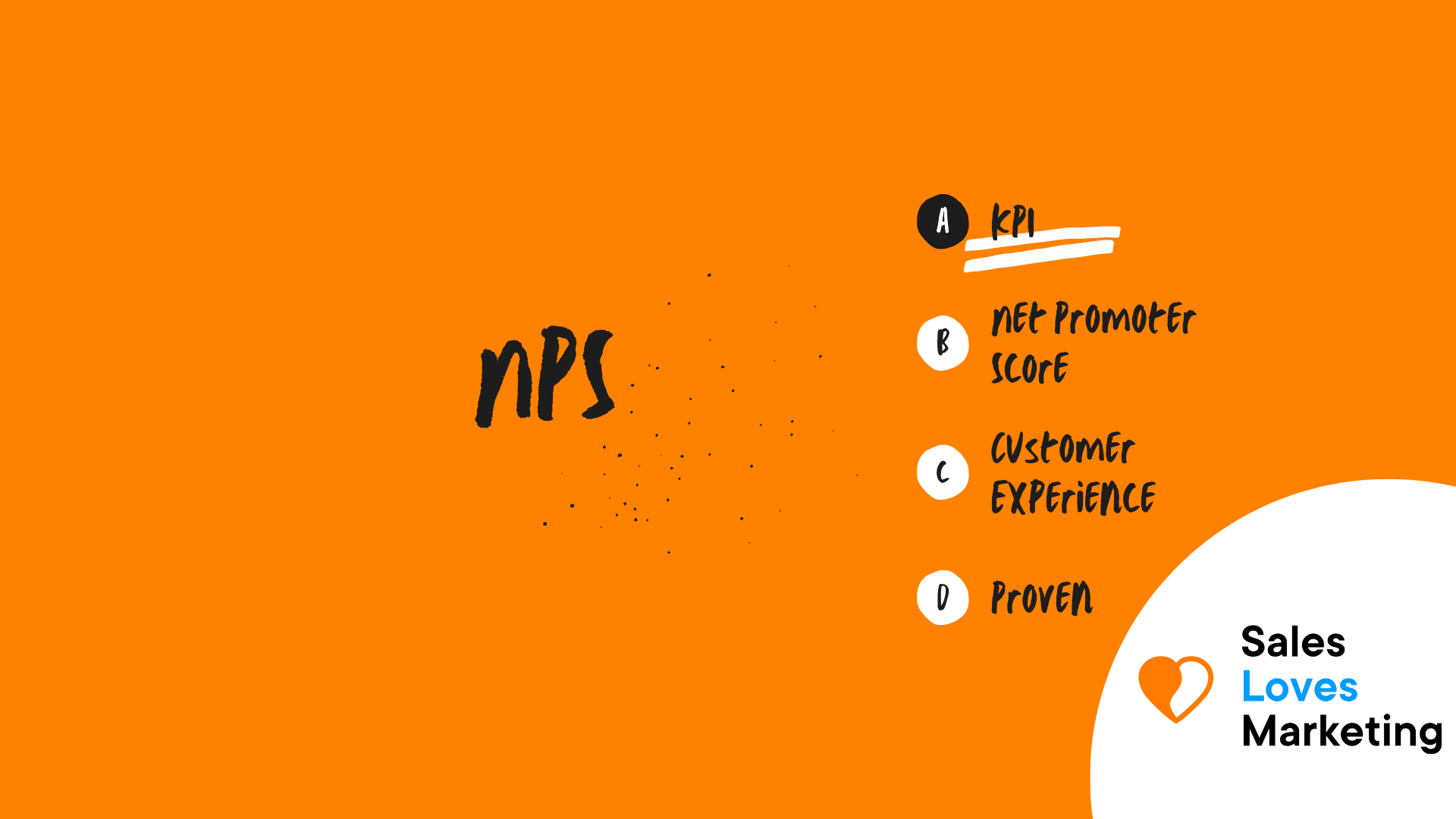 What is a Net Promoter Score (NPS)?

Net Promoter or Net Promoter Score (NPS) is a management tool that can be used to measure the loyalty of a company's customer relationships.

NPS is used to measure how willing customers are to recommend a company's products or services to others. It is used as a proxy to know the general satisfaction or dissatisfaction of the client with the product or service offered by a company and the client's loyalty to the brand.

How do you calculate a Net Promoter Score (formula)?

Depending on the responses in the NPS evaluation survey, consumers will be classified on a scale divided into three segments: Detractors, Passives and Promoters:

Those who score 0-6 are called Detractors. They are people who consider that the service provided to them is unsatisfactory or are dissatisfied with some aspect of the company, service, or brand; it is they who can discredit a company, and at the same time, it is from them that it can obtain more information to make improvements in the service or company.

Respondents who give a score of 7 and 8 are known as Liabilities. They are not included in the formula for the Net Promoter Score calculation, as they are considered "neutral" or virtually undecided. However, they can be considered qualitatively outside the formula as potential prospects or an audience that can be convinced to become promoters.

Those who score 9-10 are called Promoters. They are the people who are completely satisfied with the company and provide the greatest benefit for the business. They can promote and recommend the company to other people, thus becoming a valuable asset for any business.

Any score above 0 is considered good, while an NPS with a score of 50 or higher is excellent. Therefore, any value below zero is a source of alert that something is wrong with the work done by the company and how it is perceived by consumers.

In a simplified way, the NPS formula would be represented like this:

A positive NPS (that is, higher than zero) is estimated or considered good, and an NPS of +50 is excellent.

This simple example will help you better understand the Net Promoter Score and how it works:

Suppose we have sent this survey to our clients and we have received 100 responses, which hypothetically are distributed as follows:

Then the percentage of each group is obtained by dividing the number of people who chose each option by the total of people surveyed, which would yield the following result:

The formula is applied by subtracting the percentage of Promoters from the Percentage of Detractors:

As it can be seen, a score of 50 has been obtained; this means that the company’s perception is positive. In case of obtaining a negative score (for example, -10%),  it would mean that something is not right, and it would be worth the It is worth making any adjustments to try to increase the NPS.