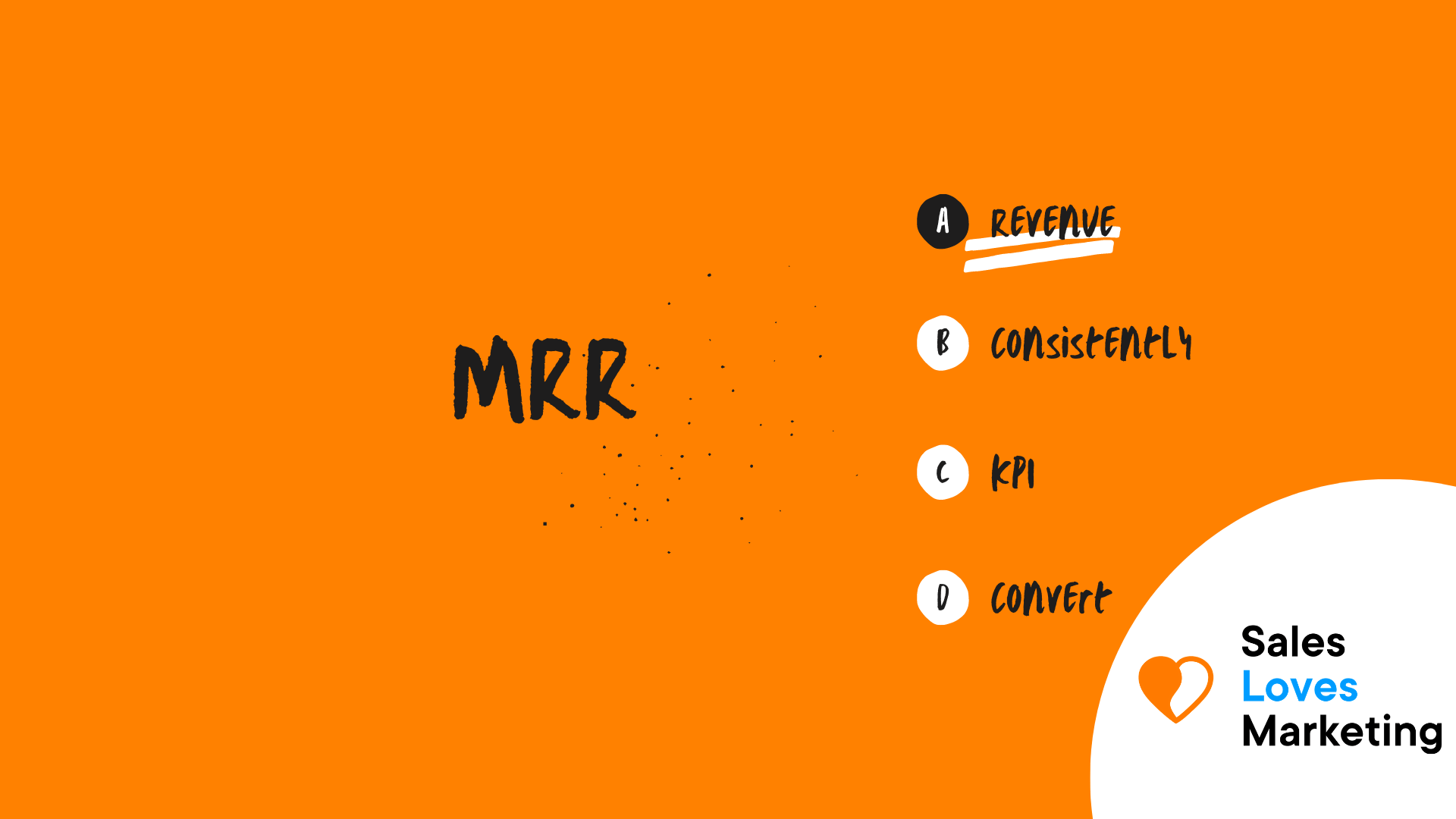 What is Monthly Recurring Revenue?

This is a form of income of many companies based on subscription work and consists of receiving a fixed stipulated amount of income for each client or each type of service offered.

Many SAAS (Software As A Service) companies work based on this scheme and charge their users a fixed monthly fee for the use or enjoyment of a service. For example, most subscription television companies (Nextflix), software companies (Microsoft game pass), among others.

Why is MRR important?

Although MRR may be seen as a metric intended only for the highest levels in a company, it is important to both individual salespeople and the back office. Here are some reasons:

They allow you to track performance.

Are the offers that are being finalized well? MRR gives a better insight into the size of the accounts managed by sellers. If they earn commissions that are based on the monthly recurring income you close, your monthly salary may vary based on the proportion of low and high MRR clients you have made a sale to.

Studying these details will help change your perspective on sales related to the opportunities on your customer list.

In the same way that representatives can study and measure the individual performance of a salesperson, sales leaders and managers can take a broader view by observing how the team behaves as a whole. By analyzing the complete MRR, more accurate sales projections and forecasts can be made. And this will help the sales team when planning for short-term and long-term growth.

When there is no stable income movement, it is very difficult to run a business successfully. The MRR tells managers and business leaders the resources that can be reinvested based on how much money comes each month.

When there are difficulties in meeting financial commitments at the end of the month, through MRR trends can be identified over a period of time that may indicate economic difficulties.

In the opposite case, when recurring monthly income tends to rise, MRR can greatly motivate a sales team. As sales reps gain momentum and reach high MRR deals, they will be more motivated to improve their roles and will want to do more.

What are the types of MRR?

New MRR is understood to be the monthly recurring income generated from new customers. For example, 20 new clients signed up in a month, of which exactly one half pays $ 100 each month, and the other half pays $ 200 / month; the new MRR would be $ 3,000.

This means the aggregated monthly recurring revenue from existing customers. The MRR extension is also known as an upgrade. It can also originate as a product of a cross-sell or additional cross-sell. Continuing with the previous example, if six clients upgrade their contracts from $ 100 to $ 200 / month, the extension MRR would be $ 600.

Churn MRR corresponds to the lost income due to customers or users lowering the rating or canceling it entirely. So if two clients cancel their $ 100 subscription and five lower their monthly subscription from $ 200 to $ 100 a month, the abandonment MRR would be $ 700. This means there will be less MRR to work with within the next few months.

The three types of MRR named above are involved in this amount according to the following formula:

The resulting number indicates the MRR amount that is being won or lost.

How to calculate Monthly Recurring Revenue?

One of the crucial metrics when calculating MRR is the Average Revenue Per Account (ARPA). This figure is arrived at by taking the average amount paid by all customers and dividing it by the total number of customers in that month.

Then, to calculate the MRR, that amount is multiplied by the total number of customers. It would then have to be that, having 200 clients who pay an average of $ 50 per month, the MRR would be $ 10,000.

There are other formulas or methods that can be used to calculate MRR. The formula will vary depending on the choice made by the company.

A company can use the customer-by-customer formula, for example. With this method, the monthly payments for all customers are combined. If you had 80 clients who paid you $ 10 each month, the MRR would be $ 800.

This client-by-client method may, in some cases, be less efficient than the ARPA method, but the two formulas should theoretically produce the same result.