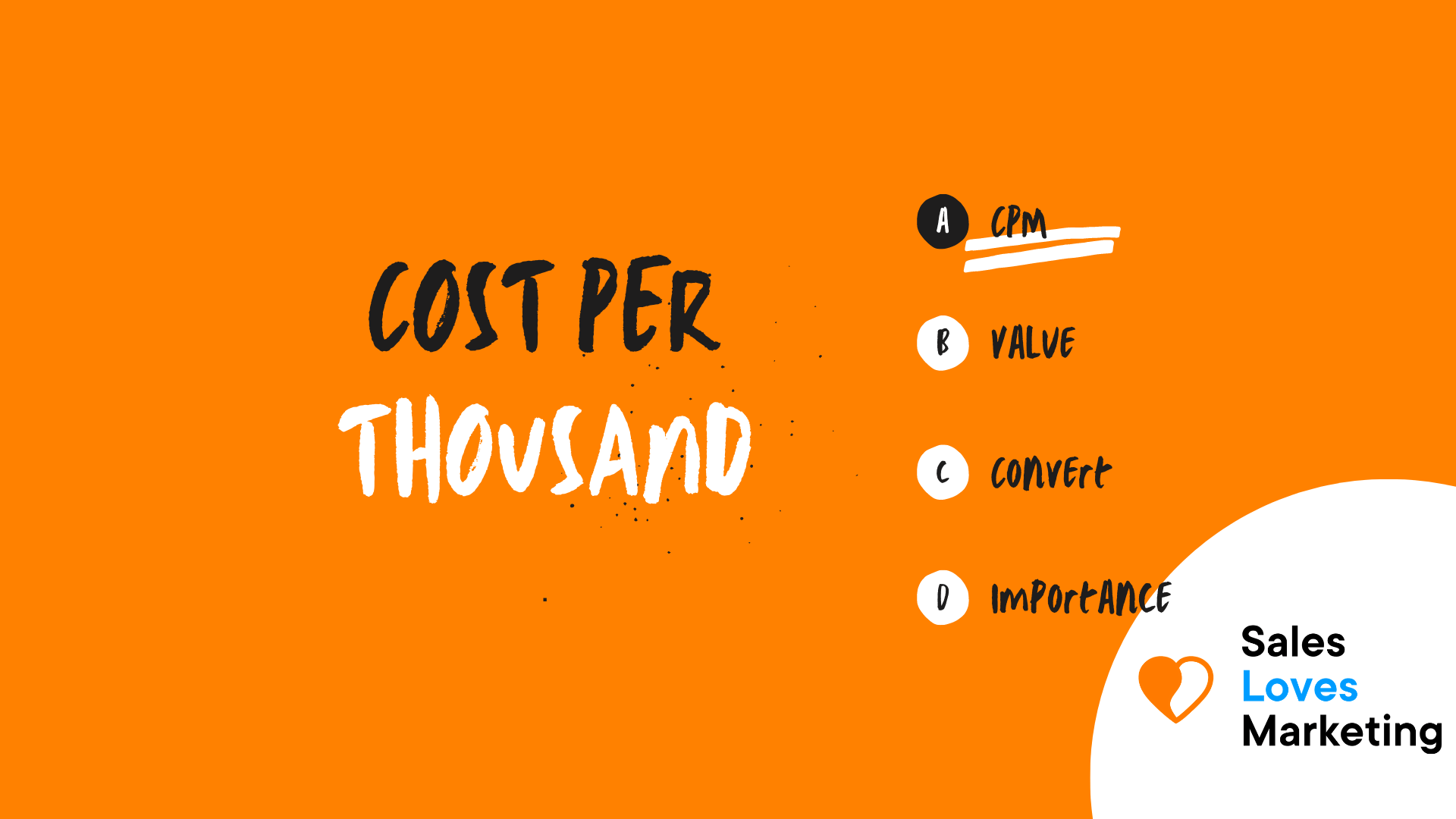 What is Cost per Thousand?

Cost per thousand (CPM), which can also be called cost per mile, is a marketing term utilized to denote the price of 1,000 advertisement impressions that are on one web page; if a website owner charges $3.00 CPM, that means that the advertisers will need to pay $3.00 for every 1,000 impressions of said ads.

How does CPM work?

Cost per thousand (CPM) is one of the common methods for pricing virtual ads in digital marketing. This method utilizes impressions, a metric that counts the digital traffic or engagements for a particular advertisement. Impressions are a term that might also be known as "ad views." Advertisers will pay website owners a fee (According to their CPM) for every thousand impressions of an ad. While an ad view measures how many times an ad was shown on a site, it does not mean that it measures if an ad has been clicked or not.

The CTR (Click-through-rate) considers whether an ad was clicked on, tallying the percentage of users that watched the ad and clicking on it. Advertisers tend to measure the success of a Cost-Per-Mile campaign by its CTR rate. That’s to say, an advertisement that receives three clicks for every 100 impressions has a 3% CTR. It is not possible to measure an advertisement's success by only CTR because ads that a user views but does not click may still attract new traffic and have an impact.

CPM is normally used in campaigns designed to be seen by a big user base, meaning thousands of thousands of people or higher.

All of this is CPM. And all of the existing strategies, methods, or ad campaigns that are made around the idea of being seen by thousands of thousands are part of CPM.

How do you calculate Cost Per Thousand?

The way to determine CPM is to divide the total spending between the number of impressions/ad views of an ad.

That’s to say the formula goes something like this: Total Campaign Spend divided between Number of Impressions and multiplied by 1000.

And that’s one way that the cost per thousand can be calculated.

How is CPM related to Digital Marketing?

Digital Marketing and Cost per Thousand are intrinsically related as Digital marketing has a wide and encompassing reach; with CPM, it is possible to boost the awareness of a company, product, or service.

CPM methods are great ways to make something now and raise awareness about it, helping companies get brand recognition and attracting new customers.

Another way to think about it is by looking at the cost per thousand methods as higher quality advertising tools. Cost per Mile has a higher focus on displaying the ads to a big amount of people and has a higher chance to raise the awareness of the product or service being advertised.