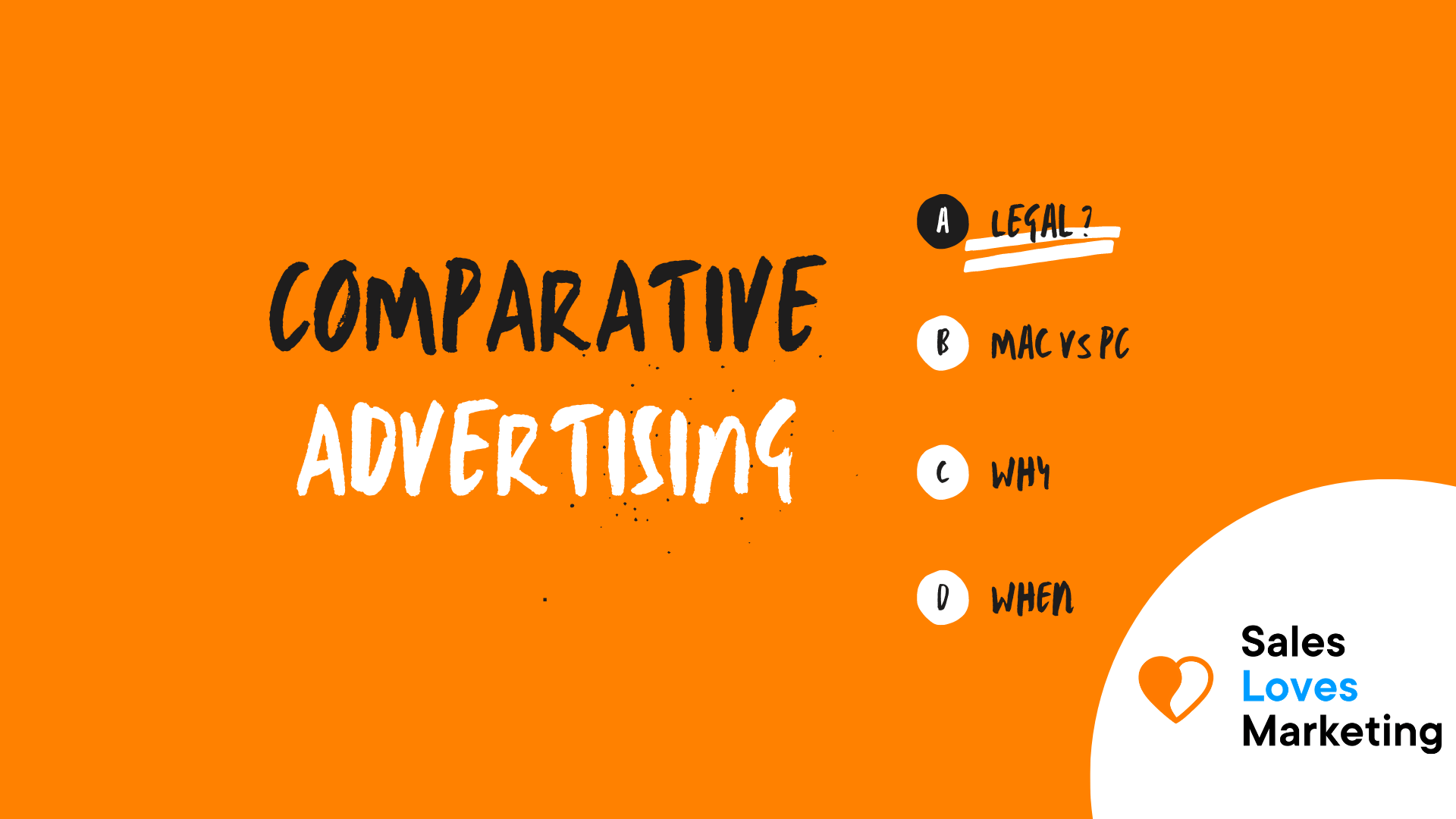 What is Comparative Advertising?

Comparative advertising is a marketing strategy in which direct comparisons are made between products or services of different brands or competitors to demonstrate superiority or demonstrate which is the best option.

In short, yes, as long as the arguments and statements are not misleading or fraudulent for the public or consumers, and also that they can be verified.

The FTC has two categories for comparative advertising:

In order for a company to request a legal recourse under the Lanham Law, it must demonstrate:

Why Comparative Advertising should be used in Marketing.

The purpose of comparative advertising, like any marketing strategy, is to inform or communicate the characteristics and value of a service provided or a product that is being promoted. However, there are times when this practice appears to be for entertainment from the people.

What is unique about comparative advertising is the way in which the value of the product or service is conveyed or reported. The value of a product "X" is not only its quality but in the difference in quality compared to a product "Y," that is to say, product "X" has value because it is better than product "Y."

Comparative advertising gives the public a base, a point of reference to better understand the value of an offered product or service. Going back to the previous example, if a person has never heard of product "X," the fact that they are told that it is good may not mean much. If that person knows product “Y” and is told that it is of lower quality than product “X,” they may be interested in the latter.

Comparative advertising allows you to use the recognition of other competing brands.

A clarification: it is not bad to entertain the public. According to some studies, there is a high percentage of consumers who remember the ads that amuse them. In other words, humor is a good way to make a message last over time, and engaging in comparative advertising offers plenty of ways to entertain potential customers.

This is possibly one of the most famous comparative advertising campaigns, in which Apple advertised its computers using various television commercials in which it portrayed impersonations of the Mac and the PC in different and fun ways: the PC is clunky, overwhelmed, sick with some virus, sneezing and fainting, while MAC is charismatic, intelligent, immune to diseases or viruses.

Bud Light claimed that their beer was healthier than the others because it did not contain corn syrup. Miller fought back by showing a short video showing a set of a Bud Light commercial in which the actors at the end of the recording go to rest and share a few beers, but instead of drinking Bud Light; they drink a Miller beer, they chat and share. The message is simple: Miller tastes better.

When the Samsung Galaxy II went on sale, an ad was shown in which there was a long line of people waiting for the presentation of the new iPhone (not explicitly), who were surprised to find people on the street using a new smartphone: the Samsung Galaxy II and are in awe of the new features it has. The final message simply says that the next big thing is already with us.