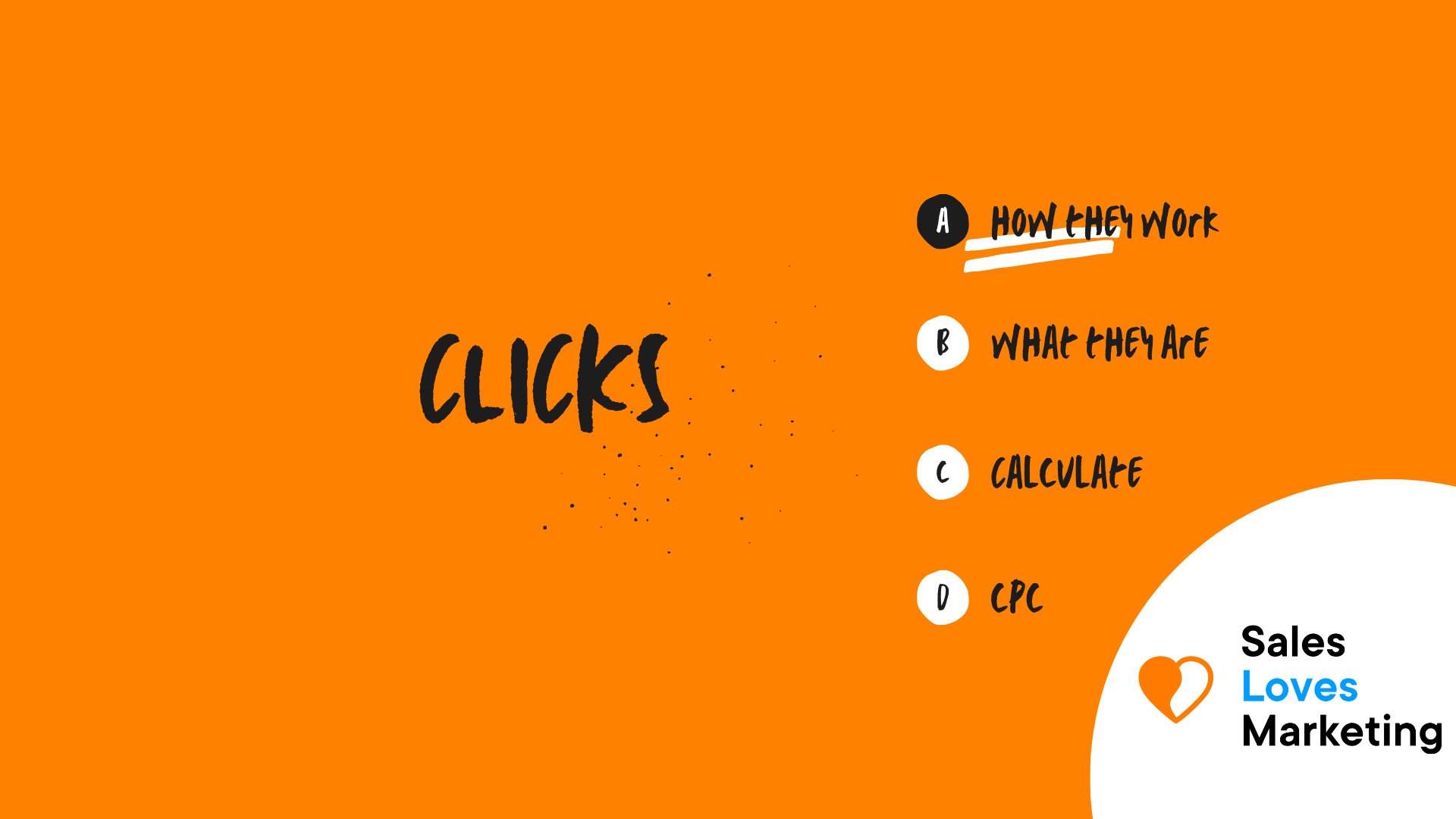 Clicks or Ad Clicks is a metric used in digital marketing to count the times that users click on an ad that directs them to a website.

Clicks, also called Total Clicks or Ad Click Throughs, are the beginning to achieve a conversion. Therefore, knowing the value of this metric is of great importance in PPC campaigns because it helps along with other KPIs (key performance indicators) to know if they are successful shortly after starting.

How do Clicks work?

Online ads can come in various forms: banner, a text ad, or even a simple button. The main function of digital ads and online campaigns is to increase the amount of traffic directed to a website or web page.

To evaluate online campaigns, it is necessary to use and apply a group of metrics that allow calculations, and clicks are one of the most important. But these metrics do not refer to clicks like pressing a button with the PC mouse or the screen of the cell phone or tablet; rather it refers to the click that a person makes on an ad after being called to their attention by the same with the desire to obtain more information or to buy a product or service.

It is a spontaneous click, which has not been the product of chance; rather it was moved by the marketing strategy planned, thought, and designed to make electronic commerce profitable.

These types of clicks are used to calculate the conversion rate of any action that occurs on a site or web page under the premises defined in a plan.

This type of click allows you to know the efficiency and performance of an ad by itself, or rather if it is a good or bad ad. A click means that the ad is attractive or interesting enough for the user to act. What follows next, the transformation of that click into something else: a registration, a subscription, a sale, a reproduction, will depend on the page or website, not the ad itself.

Clicks are also related to the amount of traffic that a site or web page receives through ads.

Clicks result from the impressions obtained based on the type of ad, the position within the website, the art and creativity used, the format in which it is presented, among others.

How to Calculate Clicks on Ads?

To calculate clicks, conversions are divided by the conversion rate, dividing cost by cost per click (CPC), or multiplying impressions by click-through-rate (CTR). The formula to calculate the number of clicks would look like this:

How to Calculate Clicks?

How are Clicks measured?

There is a monetary value associated with these clicks, and in this way, you can know what the cost of each click has been. One of the best methods of knowing the cost of clicks is calculating the cost per click (CPC), which is another metric commonly used in the study and monitoring of marketing campaigns.

In fact, knowing the number of clicks generated can help you get an idea about the effectiveness or not of a type of advertising format, and with this, you can improve each campaign. In this case, the amount is measured in the click rate generated based on impressions (CTR).