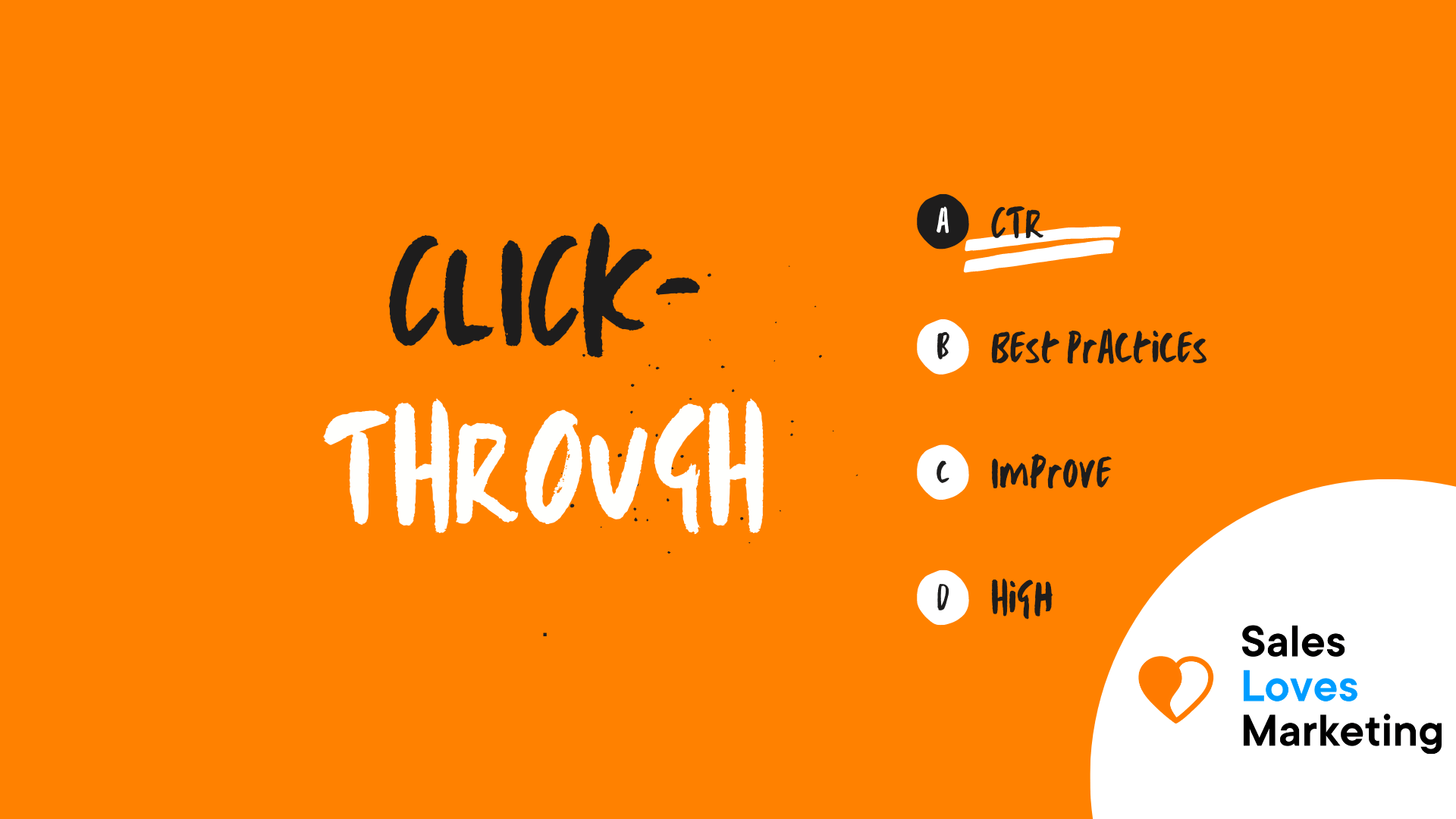 What Is Click-Through Rate (CTR)?

Click-Through Rate (CTR) is a measure used in online advertising, generally expressed as a percentage, which indicates the average number of individuals who click for every one hundred impressions of ads displayed on a web page.

It is commonly used to measure the effectiveness of online advertising campaigns.

Why Is Click-Through Rates Important?

First, it is important to know how to distinguish what the CTR measures and what doesn’t. It initially measures the percentage of users who clicked on an ad to reach the destination site, but there may be users who later came to the site after viewing the ad. In itself, the CTR could be seen as a measure of immediate response to the ad, but not as a general response to an ad.

This measurement does not give advertisers a concrete idea of ​​the reasoning or intention of a user who has clicked on an online advertisement, but it remains a standard due to its convenience.

Previously, simply attracting visitors to a site had value and was listed as a form of success. However, today a high CTR does not guarantee a good conversion rate.

Previously, simply attracting visitors to a site had value and was listed as a form of success, but today a high CTR does not guarantee a good conversion rate.

Based on the above, we have that a correct CTR analysis can help digital marketers measure the effectiveness of various online marketing campaigns. It can be used with multiple media, such as display ads, email advertising, and paid search.

It can also measure the effectiveness of the descriptions that make up the metadata, titles, and advertising texts of online content. CTR can help digital marketers know what works and what doesn't; since most websites are designed to force users to take action, CTR can give specialists a hand and help digital marketing designers to know which strategies work and which do not.

How Is Click-Through Rate (CTR) Calculated?

The correct calculation of the CTR is done as follows: the number of times the ad is clicked is taken and divided by the total number of impressions. Then, that amount is taken and multiplied by 100; thus, a percentage amount is obtained, which is the CTR.

For example, if an online ad is clicked 350 times after being shown 30,000 times, multiplying that result by 100 gives a click-through rate of

What Is Link Click-Through Rate (CTR)?

It is an estimated measure in percentages that indicates the number of users who saw an advertisement and made a link click. This metric uses sample data and is calculated as the number of unique links clicks divided by reach. Count people, not actions.

Link click tells us the number of clicks that are made on direct links to destinations expressly selected by the user, such as when clicking to buy in an ad, clicks on a Facebook page, an Instagram profile, expand a photo, a video in full screen, likes, read comments on a page, etc.